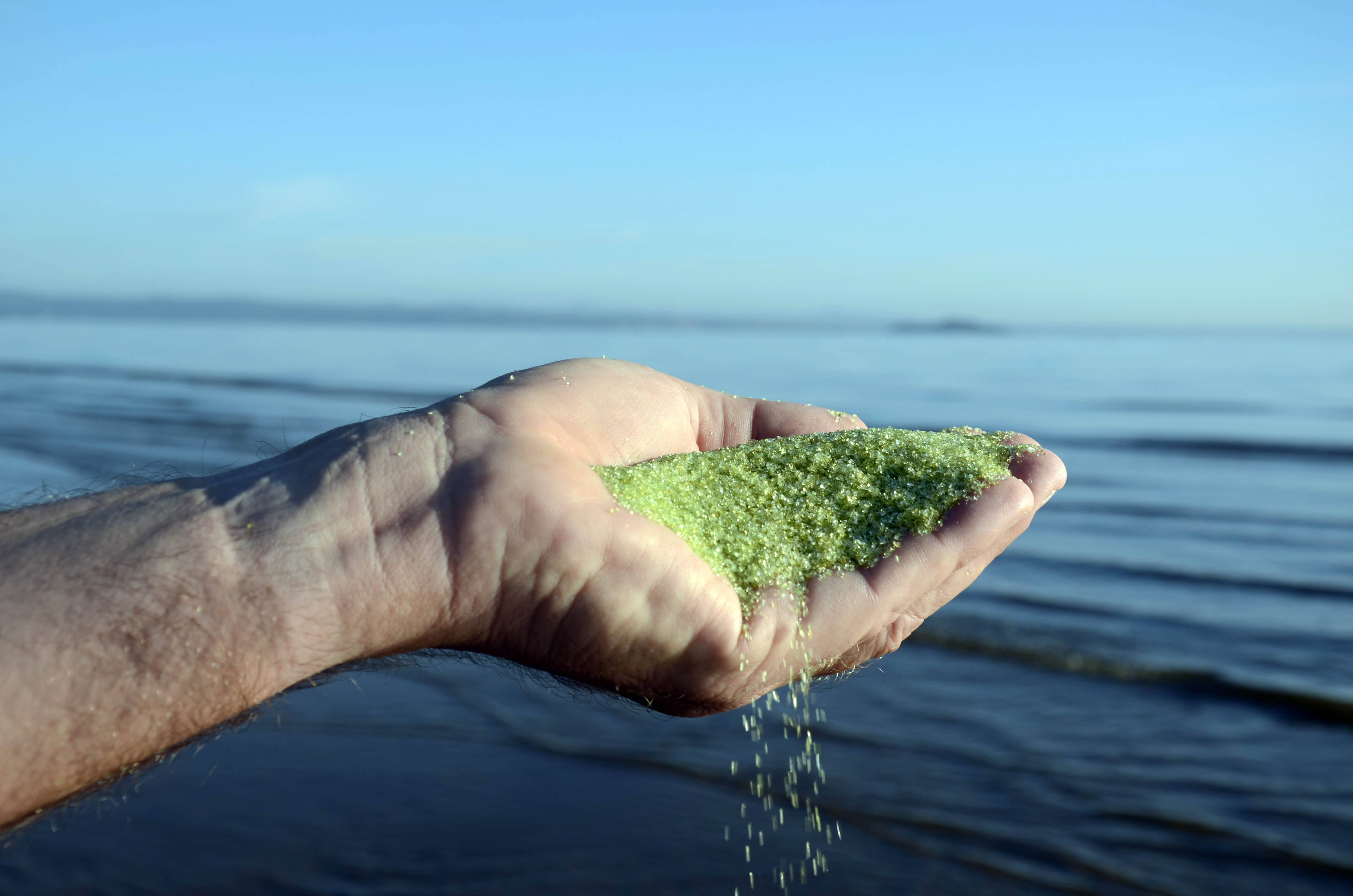 AFM® Activated Filter Media is a direct replacement for sand, doubling the performance of sand filters without the need of additional investments in infrastructure. AFM® resists biofouling, biocoagulation and transient wormhole channeling of unfiltered water and never needs to be recharged or replaced.

AFM® is a highly engineered product manufactured from a specific glass type, processed to obtain the optimum particle size and shape. It is then exposed to a 3-step activation process to increase its surface area by up to 300 times for superior mechanical and electro-static filtration performance.

The activated surface of AFM® is self-sterilizing which prevents bacteria mud-balling, coagulation and channeling of unfiltered water through the filter bed. Activation increases the surface area by up to 300 times for catalysis and adsorption reactions. Similar to activated carbon, the surface nano-structure adsorbs pollutants from the water but unlike carbon, AFM® is recharged by just back-washing with water.

Your benefits at a glance

AFM® reduces the biological risk from bacteria and parasites as well as the chemical risk. AFM® does not channel so it is an effective barrier against Cryptosporidium and giardia. AFM® does not incubate or discharge bacteria and will reduce the bacterial load of the product water. Also because of the better filtration performance, there are lower THM concentrations. AFM® also provides an excellent solution to remove metals and heavy metals from water.

AFM® is manufactured in a state-of-the-art hygienic factory designed by Dr. Howard Dryden, CEO and inventor of AFM®. AFM® contains metal oxide catalysts that dissociate oxygen and water to create a zone of high oxidation potential to prevent bacteria growing on the surface of AFM®. In addition, the huge activated surface area has a strong negative charge for the adsorption of sub-micron particles and dissolved organic molecules. This makes AFM® far superior to any other filtration media because AFM® does not need to be replaced and is recharged by a simple back-wash. 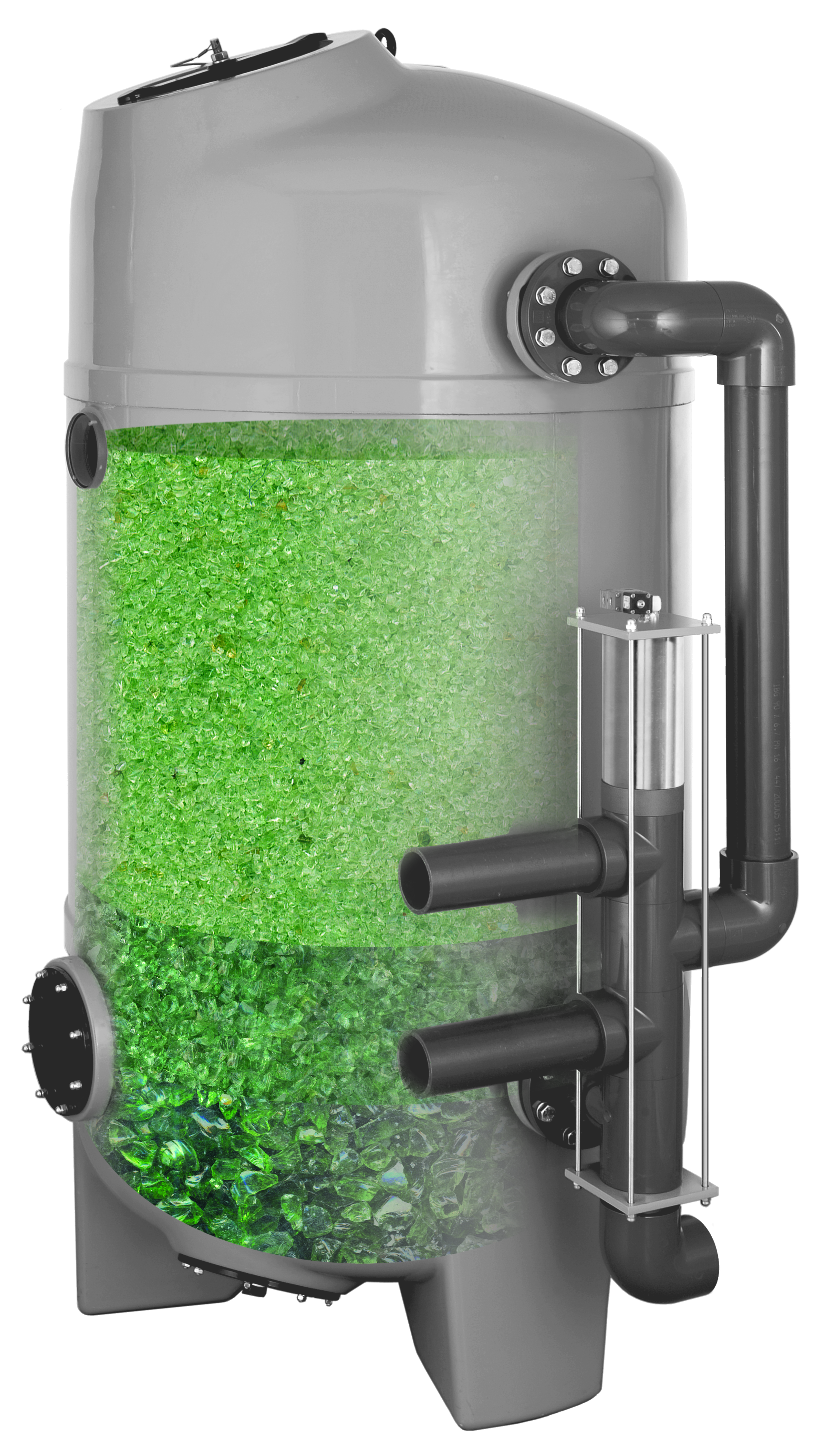 What makes AFM® so effective?

Dryden Aqua Intellectual Property protects AFM® but we are happy to share some of the key points;

Why is biofilm a problem for Pressure and RGF filters?

Silica sand is a good filtration media but it also makes a perfect home for growing bacteria. Bacteria are required in biofilters and slow bed sand filters but in rapid gravity or pressure filters, bacteria cause a biodynamic mechanical instability of performance. Bacteria stick themselves onto the sand by secreting an alginate jelly. The alginate forms a film that provides a home for the bacteria and even protects them from oxidation by chlorine. The problem is that the alginate glues the sand together and blocks the bed, especially during the summer months. AFM® solves this problem.

Bacteria can double in biomass every 30 minutes, the alginates secreted by the bacteria increase the Delta P and can half the length of the run phase. The alginates also glue the sand grains together and promote the development of wormhole channeling. 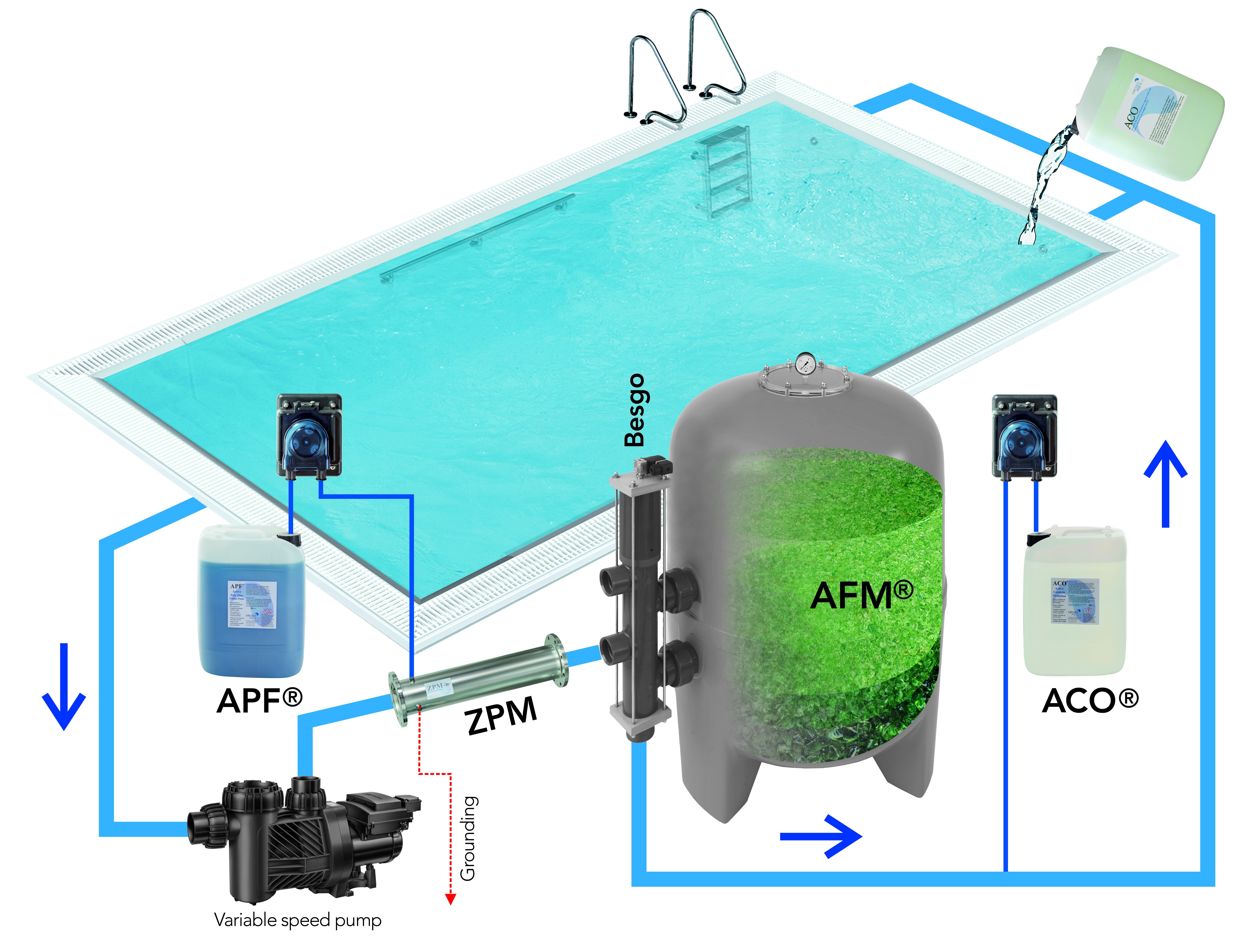